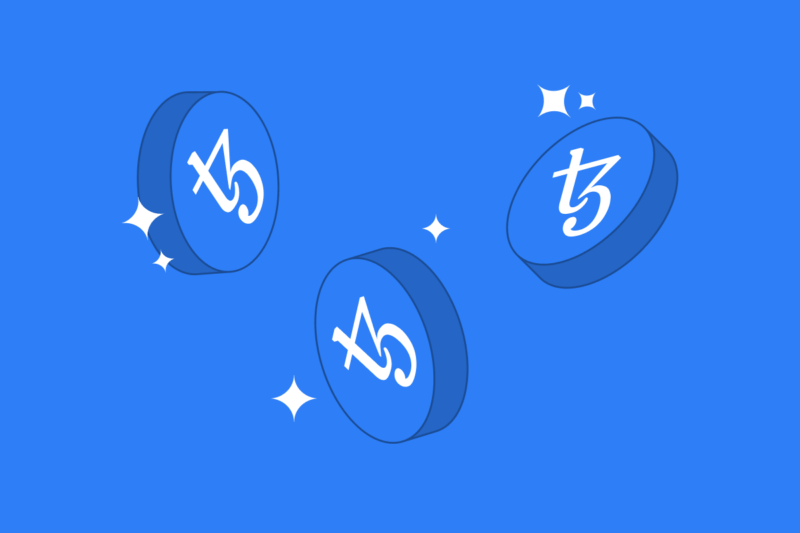 Tezos is an open-source platform for developing smart contracts and decentralized applications. The Tezos network is renowned for its ability to self-upgrade enabled by its unique governance process and consensus mechanism. It also implements formal verification; one of the highest system integrity standards, to secure its smart contracts. This article explores what Tezos is, how it functions and what makes it unique.

Tezos is an open-source blockchain that enables smart contracts and supports decentralized applications (dApps). Tezos is well known for its ability for self-amendment, on-chain governance, and use of formal verification in smart contracts. Tezos has a native cryptocurrency called Tez (XTZ), sometimes called Tezzies.

Tezos held an initial coin offering (ICO) in 2017 to raise funds for the project. The Tezos ICO was extremely successful, raising $232 million USD, making it the largest blockchain fundraiser at the time.

How does Tezos work?

Tezos users who are unable to acquire 8,000 XTZ have the option to delegate their coins to a baker to earn staking rewards. Unlike DPoS, delegated coins in an LPoS system remain in the user’s ownership and are not subject to a lockup period, this allows them the flexibility to switch bakers at any time, hence the term liquid.

Delegation is optional for LPoS systems and can function without it, whilst DPoS systems centres around the delegation process.

If a user violates the integrity of the blockchain, they will incur penalties. Malicious bakers will have their rewards slashed, which means either burned or distributed among other network participants. Double-baking (trying to add the same block twice) is an act that is penalised on the Tezos blockchain.

Most smart contracts undergo extensive tests and audits to check for bugs. Tezos’ smart contract platform goes the extra step and uses formal verification to prove that the smart contract will operate as intended mathematically.

Formal verification verifies that a given state is true based on rules and mathematical proofs. Formal verification theory is complex, but when implemented correctly, it ensures that Tezos’ smart contracts are reliable, efficient, secure, and bug-free. The extra security provided by formal verification is a major attraction for industries such as finance and aerospace that have very low fault tolerance and a high cost of failure.

Tez (XTZ) is the native cryptocurrency for the Tezos blockchain. It is used to pay for transaction fees and partake in Tezos governance. Bakers act as voters, and the value of their vote is proportional to their stake (including delegations).

Tezos currently has a circulating supply of over 900 million. Tezos adopts a unique inflation-based funding model where XTZ is minted to reward block producers and developers. Users who stake their tokens on the network will be awarded with newly minted XTZ proportional to the amount staked at the end of upgrade cycles.

This model means that inflation is non-dilutive for stakers. Imagine if every time the Reserve Bank printed money, a portion of newly printed money was transferred into your savings account!

Proof of Work vs Proof of Stake
Intermediate
6 minutes

Transactions are validated on the Tezos blockchain via a process called “baking,” also referred to as staking. A decent computer, stable internet connection, and one roll of Tez is required to become a baker. Currently, one roll requires 8,000 XTZ. The more rolls, the higher chance of being selected to validate the next block. Users who do not want to run a node and acquire the necessary XTZ can opt to delegate XTZ to earn rewards proportionate to the amount delegated.

Tezos is the first self-amending blockchain. This enables the network to upgrade itself without creating hard forks. Hard forks can occur when participants do not agree with decisions, this splits up the blockchain into two different versions that co-exist with each other. Bitcoin Cash and Ethereum Classic are two well-known hard forks.

Developing proposals can be quite a lot of work. As an incentive, Tezos developers are allowed to attach invoices to proposals. If the proposal is approved, the amount of XTZ stated in the invoice is automatically minted and paid to the developer.

Enterprises that are baking on the Tezos blockchain are known as corporate bakers. Notable companies include Ubisoft, McLaren, and Redbull Racing.

Tezos provides a platform to develop decentralized applications (dApps) and smart contracts. Tezos is inherently secure with its implementation of formal verification. This incentivises industries that require a high degree of confidence in accuracy to develop using the Tezos blockchain. Example applications that align with these requirements include freight tracking and pharmaceutical supply chain management.

How to buy Tezos

Tezos takes a unique approach to blockchain design. It uses on-chain governance and Liquid Proof of Stake to perform self-amendments and upgrades. Implementing formal verification to secure their smart contracts adds a high standard of security and functionality to their applications. Like most blockchains, Tezos’ ecosystem is still in its early stages. But even still, there is plenty of exciting potential.